Is this what they mean by socialization? 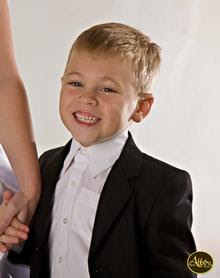 By Colleen Wixon (Contact)
Originally published 01:50 p.m., May 23, 2008
TCPALM
My heart bleeds for this poor little boy.
Melissa Barton said she is considering legal action after her son's kindergarten teacher led his classmates to vote him out of class.
After each classmate was allowed to say what they didn't like about Barton's 5-year-old son, Alex
, his Morningside Elementary teacher said they were going to take a vote, Barton said.

By a 14 to 2 margin, the class voted him out of the class.
Barton said her son is in the process of being diagnosed with Aspberger's, a type of high-functioning autism. Alex began the testing process in February for an official diagnosis under the suggestion of Morningside Principal Marsha Cully.
Not only did this emotionally abusive teacher damage this poor child emotionally she also damaged his classmates. Surely some of them at least understood what they were doing was wrong and felt bad about it.
They said he was "disgusting" and "annoying," Barton said.
"He was incredibly upset," Barton said. "The only friend he has ever made in his life was forced to do this."
HT: The RedMolly Picayune-Democrat
at 7:00 PM