The Public School at Home Debate !
Jennifer Barnett Reid in School or Scam? ask why taxpayers should foot the bill for public school at home.

Because families in the Virtual School must be able to have an adult at home full-time, it's effectively off limits to many, although Greenway said that about 30 percent of children in the school this year are low-income, and some live with only one parent. The online-school model, though, is beyond the intent of Arkansas's charter school law, Argue said, and widening the umbrella of public education to include homeschooling simply because it meets the needs of a certain segment of families would be taking the first step down a perilous road. "If we redefine public education to include homeschooling, the next logical debate is, why not broaden it to include private schools or church schools?" he said.

If “literalism” means “seeking the plain meaning without exaggeration, distortion, or inaccuracy”, and separating the facts from someone’s ideals, then yes, I would classify myself as a literalist when it comes to seeing the necessity in acknowledging the distinctions between homeschooling and public school-at- home programs. I would ask national and state homeschool advocates to consider applying their efforts to presenting these facts:

Homeschooling is
1. Not a public school choice.
2. Homeschooling is not a government program. It is an education option as separate as non-government funded, private education.
3. Options such as charter schools and public virtual schools are choices which are not independent of public schooling.
4. Homeschooled students are not under federal NCLB requirements, nor are they required to keep state learning standards.

To those who would seek to vilify others for acknowledging public school-at-home is not homeschooling, I would encourage tolerance for other’s viewpoints and a greater respect for our homeschool diversity.

Email ThisBlogThis!Share to TwitterShare to FacebookShare to Pinterest
American History
You can now visit the Museum of the Confederacy online.
at 8:29 AM No comments: 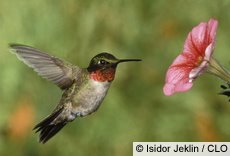 If you are interested in Hummingbirds check out Operation Ruby Throat, they welcome homeschool participation.
at 9:04 AM No comments:

A Florida school's Creole classes are causing a stir.

Rico and Kalyn James were among dozens of parents and school officials who participated in a survey to choose the languages for the school's new dual-language program. The parents were given the options of French, Spanish and Creole. According to the survey, French and Spanish were the top choices.

So why was Creole picked?

Several parents in Morningside's attendance zone say they were blind-sided by the implementation of Creole into the school's curriculum, a decision they argue was influenced by Haitian solidarity, which undermined the wishes of many non-Haitian parents.

Chalk it up to multi-culturalism. Spanish or French would have served these children better, but it's more important to be politically correct and culturally diverse.

Email ThisBlogThis!Share to TwitterShare to FacebookShare to Pinterest
Papal Regret

We all know how the media was instrumental in destroying Senator Trent Lott's career as Speaker of the House by taking a statement he made at a private birthday party out of context. Now they are doing it with the Pope.

The speech was largely a scholarly address criticizing the West for submitting itself too much to reason, and shutting belief in God out of science and philosophy. But he began by recounting a discussion of Christianity and Islam between a 14th-century Byzantine Christian emperor, Manuel II Paleologus, and a Persian scholar. "Benedict said, I quote, ‘Show me just what Muhammad brought that was new, and there you will find things only evil and inhuman, such as his command to spread by the sword the faith he preached'-Manuel II Paleologus’’ . Benedict also briefly considered the Islamic concept of jihad, which he defined as “holy war,” and said that violence in the name of religion was contrary to God’s nature and to reason.

But never mind what Pope Benedict said. Let's take a look at the Muslims response.

A Turkish man with a fake gun tried to storm a Protestant church in Turkey’s capital, Ankara. He was arrested after worshipers trapped him in the church entryway.

And if you want to prove your religion isn't evil and inhuman then burning an effigy of the Pope and posting a warning on a web site threatening war against “worshipers of the cross” doesn't seem to be the best way to go about it.

Anne Applebaum of The Washington Post thinks we should all join together to protect "free speech".

Lesson Plans can be found at the New York Times. 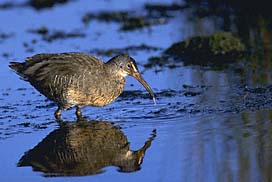 The Bird Walk at Gulf Island National Seashore, was well worth getting up early for. I am thrilled that Sean and I got to see a Clapper Rail. These are very shy birds, we had heard them for awhile, but we didn't see one until the tour was almost over and we were busy checking off the birds we saw. And then right in front of us one flew up out of the grass and hovered for a few seconds before sinking back out of sight in the grass.

Other birds we saw:
Great Blue Heron
Great Egret
Ospry
Laughing Gull
A Tern (sorry but I don't know what kind of tern it was)
Mourning Dove
Red-Bellied Woodpecker
Blue Jay
Warbler (again I am not sure what kind, but there were several flying around a pine tree)

For those of you interested in identifying the birds you see check out Cornell Lab's online bird guide.

The weather was nice and sunny this morning, so the walk was very pleasant. We also saw some lovely wildflowers. Morning glories are a favorite of mine, so I was thrilled to see them along the trail.

We should start seeing humming birds around here soon, so I am fixing to go put some food in my humming bird feeders.

This is my entry to win a camera in the "Capture the Educational Moment" Contest sponsored by Spunky and Academic Superstore.

What is the value of an education?

Henry Cate's ask What is the value of an education? Read the Cate's Why Homeschool blog for the answer.
at 6:29 AM No comments:

What's really interesting is the parents didn't realize their children were taking part in a homeschool program.

The Sisters school district received $1.2 million in public funds for a homeschool program in violation of a state ban on the use of public money to benefit a religious institution, a state audit has found. Auditors also found that parents of Sonrise students were not generally aware that their children were participating in the district's homeschool program, although the district was receiving money for the costs associated with educating those students.

If it's really homeschooling how can the parents not know????
at 6:42 AM No comments:

Articles of Note From the Metro Business Chronicle Blog

Kirk Thompson explains why education fails to make the grade in Mississippi. Of particular concern is the fact that civil rights education is being promoted over science, math & reading - skills Mississippi public school students definitely need to improve.

How any education superintendent, educator, or school administrator can look at these numbers and argue for more social education in Mississippi schools is also staggering. When less than half of the students are performing at NAEP Basic level, it is time to implement another language arts class, not civil rights education. Are there any more basic skills than reading and math? A child will be unable to learn history from a history book or create a poster of his or her favorite culture if the ability to read has not been developed properly.

Considering that we throw more tax money at education then we do defense the failure of our public schools is alarming. Sadly students were better educated years ago.

A hundred years ago, the average high school student could speak and read both ancient Greek and Latin. Today? Most. Lack. Knowledge. That speaks for itself.

Natalie Criss's article on capitalism is well worth reading. And if you ever doubted the importance of education consider this.

Capitalism is the result of thoughtful, engaged, rational minds. Therefore, paralysis brought on by indecision is the biggest threat to capitalism.

These two article are well worth reading in their entirety so grab a cup of coffee, click on the links and get busy reading.

Three boys were bullied and harassed so badly that they devised a scheme to harm classmates. One of they boys was teased because of his weight and a learning disability. His Mother made teachers aware of the bullying and harassment but nothing was ever done.

Sturtz's mother said her son was kicked out of the school last year for bringing a knife because he felt he needed protection. He was assigned to an alternative school for the last part of the year. She said she called the principal and social workers to alert them to her son being bullied but no one ever called back.

"He didn't want to go to school because of the kids and he knew the teachers wouldn't do anything because we tried last year," the mother said.

Now the victims of the bullying and harassment face jail time, while the bullies get off. Why weren't the bullies punished? Why wasn't the harassment stopped? Why did school authorities allow these kids to be bullied and harassed for years?
at 8:36 AM No comments: