Home schooling has "branched out far and wide

Although single parents who home-school are relatively rare, they represent a "small but noticeable trend" as home schooling becomes mainstream and options such as online classes have made the endeavor easier, said Brian Ray, president of the Home School Education Research Institute.

Because those figures are five years old and home-school support services have grown since then, some believe the numbers are even higher today.

"Single parents are getting more and more common," said Carl Lucas, the vice chairman of the Nevada Homeschool Network. "They find ways to do it."

Plaisted, a self-described pagan who blogs about home schooling and mystic experiences on the Internet, said the stereotype that home-school parents are Christian fundamentalists is "very dated." Home schooling has "branched out far and wide," she said.

A former teacher accused of having sex with a 13-year-old student and fleeing with him to Mexico is expected to plead guilty to reduced charges, her attorney said Tuesday.

James Martin Davis, the attorney for 26-year-old Kelsey Peterson, said his client will plead guilty Wednesday to federal charges of transporting a minor across state lines for the purpose of sex.

Sean Paddock and Tyler McMillan weren't even homeschoolers, so why are their deaths being used to harass homeschoolers?

In America one is generally considered innocent until proven guilty, but this editorial, Our View: Help protect home-school children implies that homeschoolers are guilty until proven innocent.

The editorial writer ignores the fact that Sean Paddock was four years old and thus not school age. The editorial also fails to mention that Sean Paddock was adopted. Wasn't some sort of government agency involved in the adoption process? Wasn't it their job to insure the adoptive Mother would provide a loving home? Why isn't the editorial calling for more oversight before people can adopt? instead of implying that legitimate homeschooling families can't be trusted and therefore need a government watchdog. What's next government watchdogs for stay at home moms who don't put their newborns and preschoolers in day care?

As for the Tyler McMillan case. The bare bones seems to be that his Mother died of cancer in 2004 and he lived with his Father and Step-Mother. According to a neighbor the family moved from Florida to North Carolina about 3 months ago and oh yeah, they homeschooled, which considering the public schools would have been out for summer break in most areas in June is a moot point. What is more to the point is why didn't any of their neighbors notice this child was tied to a tree not ONCE but TWICE??? There also seems to be some doubt he was actually homeschooled according to this article "The teen began his education at Greenville Christian Academy and then attended Trinity Christian School." For those who are unfamiliar with Greenville Christian Academy and Trinity Christin School, both are private schools in North Carolina. So again we have the death of a child who wasn't even being homeschooled used to call for the harassment of legitimate homeschoolers.

When a public school student dies at the hands of a parent no one suggest they should increase the oversight of public schools, so why do they use these tragedies to harass legitimate homeschoolers? Why did they rush to the conclusion that these children were homeschoolers when one was to young for kindergarten and the other attended a private school?
at 5:31 AM 45 comments: 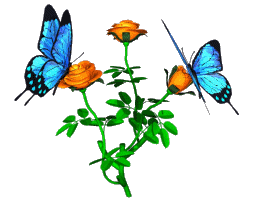 Celebrate the 4th of July at About.com's Carnival of Homeschooling.

Thinking Parents: Should every kid go to college? (Due July 15)

Question: Do you agree that college for all is a worthy goal? Why or why not? Is it even a reasonable goal for all students to be "college ready"?

Answer:
I really think kids today need some sort of preparation before joining the work force be it a community college 2 year program or a 4 year university program. More and more high school diplomas do not indicate that students have even the basic skills necessary for most jobs. Since a college degree gives students a chance at a better life all children that are "college ready" should be given the opportunity to attend college.

Are all children college material? Unfortunately "No" and we must have some sort of program in place so these children can get the training they need to find employment.
at 6:41 PM 2 comments:

The Book Arts Bash is a brand new writing contest for homeschoolers, unschoolers, upschoolers, and outschoolers! Our goal is to have fun writing and illustrating, and to stretch book arts across the curriculum.

Click here for more information.
at 6:22 PM No comments:

So the women who would benefit from the vaccine most will not be able to afford it.

HSLDA had this to say about their support of the bill

Those who are most likely to get HPV are those who have sex at an early age, have many sex partners, or have a sex partner who has had many partners.

In other words people HSLDA and the religious right believe deserve to get HPV, the clear message is if you just behave the way we want you to you will not need Gardasil, so why should our tax money be used to provide a vaccine to help those sinners who will not live the way we want them too. If a good Christian woman who waited until marriage to have sex, and has never had sex with anyone other then her husband contacts HPV because her husband had another sexual partner prior to his marriage that's too bad, but it servers her right for marrying a sinner instead of a good Christian man. If a woman believes she is in a monogamous marriage and her husband betrays her and she contracts HPV, then it serves her right for marrying a Godless Sinner. Apparently women are not only suppose to PAY for their own sins but the sins of their spouses too, according to Rep. Gingrey and HSLD. Heaven forbid they should receive a vaccine that could protect them.

However, the only FDA approved HPV vaccine, Gardasil, is not a cure for HPV or cervical cancer. Instead the vaccine seeks to prevent the four specific types of HPV (6, 11, 16, and 18) which are responsible for 70% of cervical cancers and 90% of genital warts. There is currently no cure for these sexually transmitted viruses. Even the FDA and the CDE admit the only “cure”(actually abstinence before marriage and a monogamous relationship during marriage isn't a "cure" anymore then Gardasil is; it's a preventive measure just like Gardasil, and I sincerely doubt the FDA & the CDE called it a "cure") is abstinence before marriage and a monogamous relationship during marriage.

Since there isn't a cure preventing the contraction of HPV ( a non-curable STD) should be of paramount importance to everyone. Instead Rep John Gingrey and HSLDA seem to be intent on women risking their health rather then allowing them to receive a vaccine that can prevent the four specific types of HPV that are responsible for 70% of cervical cancers and 90% of genital warts. This bill has nothing to do with protecting parental rights and everything to do with forcing the religious rights agenda on everyone while victimizing low income women who will be unable to afford the vaccine without federal funding or some sort of assistance with the vaccination program.

All women should be able to decide for themselves if they want to be vaccinated against HPV.

Disciplining a tenured teacher can be a long and expensive process

Few people know better than school superintendent Allan Gerstenlauer that disciplining a tenured teacher can be a long and expensive process.
An English teacher in his Long Island district remains on the payroll, earning an annual salary of $113,559, even after pleading guilty earlier this month to drunken driving charges - her fifth DWI arrest in seven years.

The teacher will remain on paid leave at least until a disciplinary hearing in August, and it will be up to an impartial arbitrator to decide whether she needs to be fired as she faces a likely prison sentence.
at 8:27 AM No comments:

Why aren't they calling for more oversight before people can adopt?

A state task force that examined the death of a 4-year-old boy who died in 2006 has called for more oversight for children taught at home.

Four year old children do not attend public school. Therefore technically he was not being homeschooled, so why is the state task force using the tragedy of his death to harass legitimate homeschoolers?

The N.C. Department of Social Services made the recent recommendations in its report on the death of Sean Paddock, a Smithfield boy killed by his adoptive mother. Lynn Paddock, who was convicted of first-degree murder and felony child abuse in the case

Adoptive Mother???? wasn't some sort of government agency involved in the adoption process? Wasn't it their job to insure she would provide a loving home? Why aren't they calling for more oversight before people can adopt?

When a public school student dies at the hands of a parent no one suggest they should increase the oversight of public schools, so why do they use these tragedies to harass legitimate homeschoolers?