A Dim View of Public Schools

I read Tom's A Dim View of Homeschooling and thought I would respond.

This boy had come to me after a previous bout of homeschooling, essentially two years behind his peers, but was just beginning to make steady progress

This is all the material that we didn't have time to teach during the school year. Please teach this material to your child over the summer break so he/she will be ready for fourth grade.

So all the third graders in one public school were behind and the parents were expected to catch them up over the summer.  Seems to me if the school officials thought I was capable of teaching material that they failed to teach and that was vital to a successful fourth grade school year I could just as easily homeschool full time. My Eldest Son who had just finished fifth grade in public school was behind in Math because his teacher for the second semester in fifth grade wanted to teach kindergarten and didn't like higher Math, so she just skipped it. So all the fifth graders in one public school class didn't have Math for an entire semester.


Discussing the visit on the drive back to school, we both had the strong feeling that the mom was just plain lonely. She wasn't working at the time, seemed depressed and wanted her son around to keep her company. The incident at school may or may not have happened in the manner that her son described it, but we suspected that she was using it as a way to justify having her son home with her for essentially selfish reasons.

Some public school teachers could be accused of teaching a class for essentially selfish reasons. Certainly all my Eldest Son's Fifth Grade Teacher for the second semester was interested in was the pay check. She didn't even want to be a fifth grade teacher she wanted to teach Kindergarten.  His original fifth grade teacher had resigned during the middle of the school year in order to take a higher paying job as a school counselor. Although to give him credit he did pop into the class and try to help out Miss I want to Teach Kindergarten whenever he could, but I really can't say either one put the children's welfare over their own economic well being.

Tom seems like a decent public school teacher who genuinely cares abut the students under his care but all public school students aren't  lucky enough to have a teacher like Tom.

A Connecticut public school cafeteria worker and a 13-year-old girl face criminal charges after police said a food fight turned into a real fight. Waterbury police said the fifth-grader at Gilmartin Elementary School threw vegetables at 55-year-old lunch aide Rosa Robles last Thursday, and Robles responded by throwing vegetables in the girl's face. Police said a fight broke out when the girl punched Robles in the face. Authorities said both suffered cut lips, and the girl also had scratches on her face. School officials said Robles is on paid leave and the girl has been suspended.

Emilie Fogle points out that unlike Public School at Home (online) students Homeschoolers don’t cost you.

Homeschooling families cost their local school districts and the state of Washington nothing. We do not purchase books, computers or finance our lunches and field trips with state or local money. Some 25 years ago our legislators wisely recognized that parents would be responsible for “all decisions relating to philosophy or doctrine, selection of books, teaching materials and curriculum, methods and timing.” We ask nothing from the state and the state recognizes our responsibility for our children’s education.

Raising Real Men is hosting this weeks Carnival of Homeschooling, with Valentines being so close she is using the theme What Homeschoolers Love.
at 5:42 AM 1 comment: 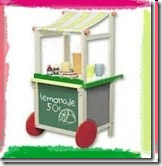 I am rather fed up with those who lump all homeschoolers together, as if we were clones of each other.

And then there are those who decide we are all Christian Fundamentalist who don't teach our children real Science based on some Christian Fundamentalist Homeschool Website they stumble across, where the highlight of the "Science Fair" is converting some old lady to Christ. There are many secular and inclusive homeschool groups whose members do teach Real Science but they don't fit the stereotype of the typical homeschooler so they don't garner much attention in the media or the blog world.

Then there are the liberal do-gooders who feel compelled to tell everyone else how to raise their children (often they don't have children of their own but they are self proclaimed experts on what is best for your child). They scream that homeschooling needs to be regulated so homeschoolers will have to teach their children "real science". All the while ignoring what public school students are taught.

The jovial creationist ( Don McLeroy) sits on the Texas State Board of Education, where he is one of the leaders of an activist bloc that holds enormous sway over the body’s decisions. As the state goes through the once-in-a-decade process of rewriting the standards for its textbooks, the faction is using its clout to infuse them with ultraconservative ideals. Among other things, they aim to rehabilitate Joseph McCarthy, bring global-warming denial into science class, and downplay the contributions of the civil rights movement.

And why should we care what textbooks Texans chooses to educate the children trapped in their public schools.

(Because) the Lone Star State has outsized influence over the reading material used in classrooms nationwide, since publishers craft their standard textbooks based on the specs of the biggest buyers. As one senior industry executive told me, “Publishers will do whatever it takes to get on the Texas list.”

Living in the Bible Belt I am thankful that the state had no control over what I taught and I was free to teach my children the THEORY OF EVOLOUTION. The liberal do-gooders better be careful what they demand. They may just get the regulations they are agitating for only to see Creationism rammed down children's throats by State Boards of Education.

Other liberal do-gooders worry about homeschoolers being unvaccinated even though all states allow medical exemptions of public school students and many states allow exemptions on religious or philosophical grounds. BTW, it was my choice to have my children vaccinated, but I think all parents should be allowed to make an informed decision regarding vaccinations.

*In the interest of full disclosure both my boys were homeschooled. My eldest has a Bachelor of Science degree in Computer Science and the youngest is in his first year of college.
at 8:52 AM 12 comments: