The Dresden Files by Jim Butcher
at 10:31 AM No comments: 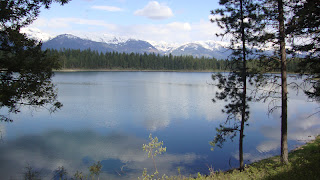 The Lost Gospel of Judas Iscariot by Bart D. Ehrman

Ehrman sets out to show how stories were changed by the storytellers that told them,  by their own views and that during the oral culture this was a common practice. He illustrates by giving various examples of stories about Judas (some in the Bible some not). One of the most interesting ones was the Golden Legend. Judas is born to a Jewish couple Cyborea and Ruben. Before his birth Cyborea had a bad dream the Judas would "bring ruin on our whole people" so they decided to leave him to die by casting him adrift in a basket at sea. The basket washes up on the island of Scariot and the queen of the land finds the child and raises him as her own. After adopting Judas she becomes pregnant with her own child and the boys grow up together. Jealous of his younger brother Judas eventually kills him and fleas to Jerusalem. There he becomes the head steward of Pontius Pilate. In Pilate's service he kills Ruben and is given all Ruben's possessions including his wife as a reward. Cyborea overcome with guilt about leaving her son to die reveals what she and Ruben did to Judas. Realizing he has killed his father and married his Mother he turns to Christ for forgiveness and becomes one of the disciples. But his "evil" nature leads him to steal from the communal purse and when money is wasted on oil to anoint Jesus out of anger he betrays Jesus for thirty pence. He then feels remorse and goes forth to hang himself and burst forth from the middle.

Who is Jesus? According to Paul all that matters is that he died for our sins and was resurrected. But to others Judas among them the important thing was what Jesus TAUGHT.  In The Lost Gospel of Judas the author who is telling about Judas maintains that Judas was the only one of the disciples to understand Jesus' teachings.

Who is Judas Iscariot, we know very little about him even his last name Iscariot doesn't provide any clues. All we know for sure was that he was one of Jesus' 12 disciples and he was an Apocalypse Jew who believed the world as he knew it would end shortly. Ehrman surmises that the disciples expected to be in charge after the apocalypse with Jesus as their leader.

Why did Judas betray Jesus? was it to keep him "safe" until after the passover? or was it because he realized that Jesus' Apocalypse teachings were false and he was feed up with waiting for the end to come?  or was it because he understood Jesus' true mission and as the only one who "really understood" was doing Jesus' will when he betrayed him?

In conclusion Ehrman reminds us that the Gospel of Judas was not written by Judas or anyone who knew him, it is merely a gnostic gospel about Judas presenting the authors beliefs.
at 1:29 PM No comments: