Apparently Jerry Webster, the over-credentialed buffoon, is afraid of losing his job to homeschooling. What a nasty piece of tripe  The Scent of Blood he wrote at  About.Com is.

if experience and anecdote are sufficient to support an argument in this debate then I say, what you site as myths are not myths. They are true! In my experience, homeschooling parents believe themselves to be entitled, they are religious (Ironically, like Dr. Ray, they gravitate to the PCA, the refuge of disgruntled reactionary white people) and would not be qualified to teach in public schools. Their children are as likely to be indulged and rude as they are to be polite. I have known some lovely people who homeschooled their children (my son did 8 years of Suzuki) and some obnoxious, socially maladroit people who homeschooled their children. Oh, and my personal experience also confirms something that didn't make your list: homeschoolers' homes are filthy and chaotic.

I doubt homeschooling parents feel anymore "entitled" then public school or private school parents do. After all, all parents are entitled to make the best educational choice for their child even Webster who choose to send his child to an elite boarding school. And while some homeschooling parents are religious others are not, in fact there are actually atheist homeschoolers. And maybe Webster should get out more all homeschoolers are not white, there are African-American, Hispanic, American Indian and many other races represented in the homeschooling community. And while some homeschoolers may have filthy chaotic homes many others have clean well organized homes, it all depends on the individual family just like it does with privately schooled and publicly schooled children's homes.

I understand that nothing I say or do will change the minds of those who homeschool. I know for About.com it is a valuable audience, since homeschooling parents spend a lot of time online and About.com is paid by advertisers by the page view. But it is evident that homeschoolers are much like Tea Party right wingers: they live in a self reinforcing loop of like minded people who reinforce their own prejudices. They have little regard for hard evidence. But the UNLV research librarians and I had a lovely time sussing out Dr. Ray's self-aggrandizing hype.  But the only place where believing in something makes it true is in Peter Pan.  So  clap, clap, clap for the homeschooling fairies!


Actually if Webster is honest there isn't much "hard evidence" regarding homeschoolers. Each state has it's own homeschooling rules and regulations, so homeschooling experiences vary from state to state. There are also various homeschooling methods so homeschooling also varies from family to family. Homeschooling is not a one size fits all endeavor and can be tailored to meet your individual child's needs.

Webster's other hatchet pieces are  What About Me and Home School Myths and Myth Makers Separating Wishful Thinking From Evidence Based Reality. Ironically Jerry's son went to an elite boarding school in New England, (a fact Jerry seems to belabor in his post) so apparently the guy who thinks public schools are good enough for homeschoolers does not think the public schools are good enough for his own son. 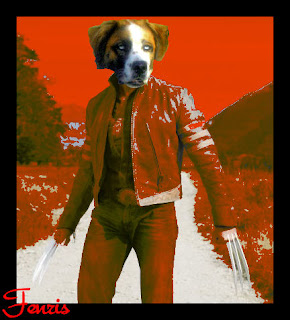 Check out this weeks Super CoH.
at 1:24 PM No comments: Links to this post